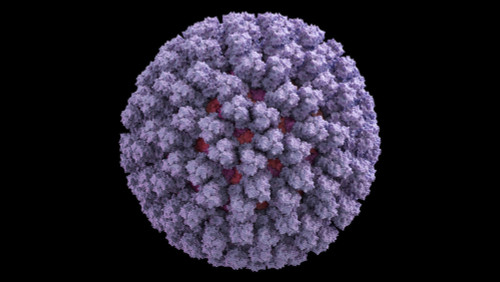 This CMV glycoprotein B recombinant protein has been manufactured in our optimised mammalian cell expression system to provide the highest quality for assay and vaccine research.

Cytomegalovirus (CMV) is a genus of viruses in the order Herpesvirales, in the family Herpesviridae, in the subfamily Betaherpesvirinae. Humans and monkeys serve as natural hosts. There are currently eight species in this genus including the type species, Human betaherpesvirus 5 (HCMV, human cytomegalovirus, HHV-5), which is the species that infects humans. Diseases associated with HHV-5 include mononucleosis and pneumonia. All herpesviruses share a characteristic ability to remain latent within the body over long periods. Although they may be found throughout the body, CMV infections are frequently associated with the salivary glands in humans and other mammals. Cytomegalovirus glycoprotein B (gB) is an important envelope protein of Human Cytomegalovirus (HCMV), acting as a receptor for entry of the virus into fibroblasts. This protein has been the target of vaccines designed to prevent HCMV infection by preventing entry into host cells. However, the HCMV pentameric complex also acts as a receptor for host-cell entry into epithelial and endothelial cells, and vaccine results using gB alone have only shown partial success. Currently, there is no licensed vaccine to prevent CMV infection. Therefore, attempts to reduce the risk of cCMV infection by improving awareness, behaviour, screening, diagnosis and the treatment of symptomatic cases are the most immediate means of mitigating the health burden caused by cCMV (CDC).