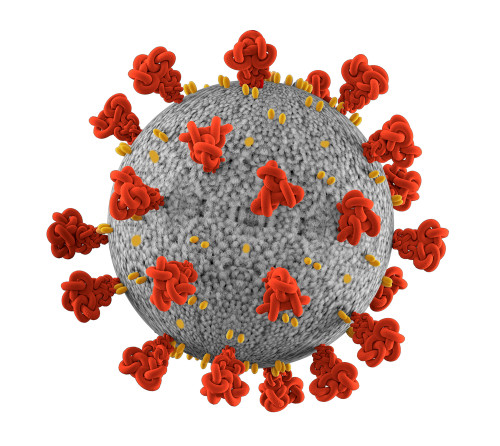 Influenza A H1N1pdm (A/California/07/09) Pandemic 2009 (H1N1pdm) virus is an enveloped virus with a diameter of 80-120 nm, and contains a single-stranded, segmented, negative-sense RNA within a nucleocapsid. Influenza Virus is a Biosafety Level 2 organism. Viral inactivation of this product is verified for every lot of lysate by the absence of viral growth in validated tissue culture based infectivity assays.

The influenza A viruses are negative-sense, single-stranded, segmented RNA viruses of the genus Alphainfluenzavirus, family Orthomyxoviridae. There are several subtypes, named according to the type of Haemagglutinin (H1-18) and Neuraminidase (N1-11) (Centers for Disease Control and Prevention, 2017). Humans are generally infected by influenza viruses of the subtypes H1, H2 or H3, and N1 or N2. Minor point mutations causing small changes (known as antigenic drift) occur relatively often and enable the virus to evade immune recognition, resulting in repeated influenza outbreaks during interpandemic years. Significant mutations in the HA antigen (antigenic shift) are caused by the reassortment of genetic material from different co-infecting A subtypes. Each virus subtype has also mutated into various strains with differing pathogenic profiles; some are pathogenic to one species but not others, and some are pathogenic to multiple species. The influenza A virus subtype H1N1 is most well-known for causing the 1918-1919 Spanish Flu pandemic and the 2009 Swine Flu pandemic, resulting in approximately 50 million and 300,000 deaths, respectively (Centers for Disease Control and Prevention, 2012). The California/07/09 influenza A H1N1 strain was isolated in California in 2009. The structure of its Haemagglutinin and Neuraminidase in complex with various proteins and antivirals (NCBI).